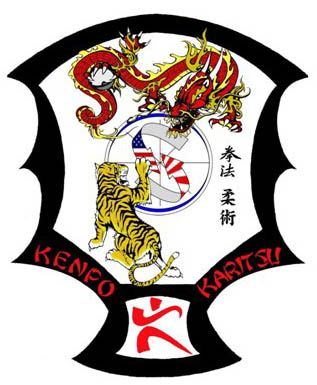 Although it is true that KENPO roots date back to ancient China, the “Ed Parker System of Kenpo” also known as American Kenpo, is one of the most comprehensive and contemporary systems taught today. Ed Parker was considered a pioneer in the martial arts field, unafraid to make changes and enhancements to the Kenpo system, he literally disassembled, analyzed, and rebuilt Kenpo to fit today’s environment. Armed with basic principles and concepts of motion, students not only learn the “how’s” of movements, but also the “whys” and “what fors”. Today’s American Kenpo is about 90% Ed Parker’s creation.
Learning Kenpo can be said to be nothing more than a study of movement or motion. Anyone can learn Kenpo, people from all walks of life already use Kenpo movements in daily activities, but they just don’t know their meaning as it applies to Kenpo. A great analogy is the parallels between learning Kenpo movements and learning how to write and speak. Before you can write or spell words you must first learn the alphabet. Each basic block, strike, maneuver, stance, etc. that you learn in Kenpo is comparable to learning an individual letter of the alphabet, also known as “Alphabets of Motion”. Once the basics (alphabets of motion) are learned, the novice will begin to combine these basic movements to form “Words of Motion”, while learning Kenpo self defense techniques, the heart of the Kenpo system. As you attain higher levels of training, the self defense techniques contain more basic movements or you may blend techniques together to create “Sentences of Motion”. When you begin to string sentences together you form “Paragraphs of Motion”, which is comparable to executing Kenpo forms.
Kenpo blends circular movements like those found in Chinese Kung Fu and linear movements like those found in a Japanese system. This “Hard Style, Soft Style” concept allows the circles to begin when a straight line ends and a straight line to begin when a circle ends. We tie the circles and straight lines together by elongating the circles or rounding off the corners, which enables us to strike from a variety of angles with minor and major strikes and economy of motion. Because Kenpo techniques can sometimes become lengthy, some consider Kenpo as overkill, we consider Kenpo as being over skilled. Logic tells us that not every punch, kick, or strike is going to find it’s mark, therefore having a number of back up moves at your disposal is imperative. Kenpo’s emphasis on speed of action and accuracy over pure power, combined with it’s use of hard and soft movements make it easy to tailor to any man, woman, or child of all shapes and sizes.
Kenpo is known as a system based on logic, largely because it adopts and applies other scientific disciplines to maximize its effectiveness. The knowledge of physics is important in understanding Kenpo techniques. Through the use of mathematical laws, theories, concepts and principles of mass, speed, body alignment, angles, body momentum, gravitational marriage, rotating force, opposing force, stability, power, etc., can make our body function intuitively with economy of motion. Knowledge of anatomy, physiology, and geometry are also logically entwined to insure even more practicality.
The students of Kenpo come from all walks of life. We’ve trained with professional people, students, housewives, athletes, construction workers, nurses, policemen, security guards, senior citizens, children and many others. Once again age, sex, natural ability is never a negative factor, anyone can learn these skills. Most people study Kenpo for the practical self defense techniques to protect themselves and their loved ones. Some like the sport aspect of training and compete in tournaments to test and refine their fighting or form skills. Others may want to improve their level of fitness while learning how to defend themselves. Still others may want to enhance their spiritual being which is a product of dedicated training and usually comes with the seasoning of time. Whatever the reason, the benefits that Kenpo has to offer are always positive and many for mind, body, and spirit!

It is said when bare knuckles meet bare flesh, this is kenpo.

With Kenpo as a base art , many talented martial artists are adding ingredients from other arts they have studied, so making kenpo even more adapt to todays society.

Ju Jitsu we have found to be one of the most valued.
Adding ground work and grappling to a stand up art, takes kenpo into the 21st century and beyond…

It is a known Fact, Senior Grand Master Parker, never wanted to create robots, He said for the art to grow we have to be thinkers. Studying and creating what works for us, however, As Grand Master Huk Planas says, Kenpo is a study of motion with a set of rules. we have to use the kenpo principles or else this logical thinking mans art will not work, then we will be left questioning the art, not our inferior knowledge.