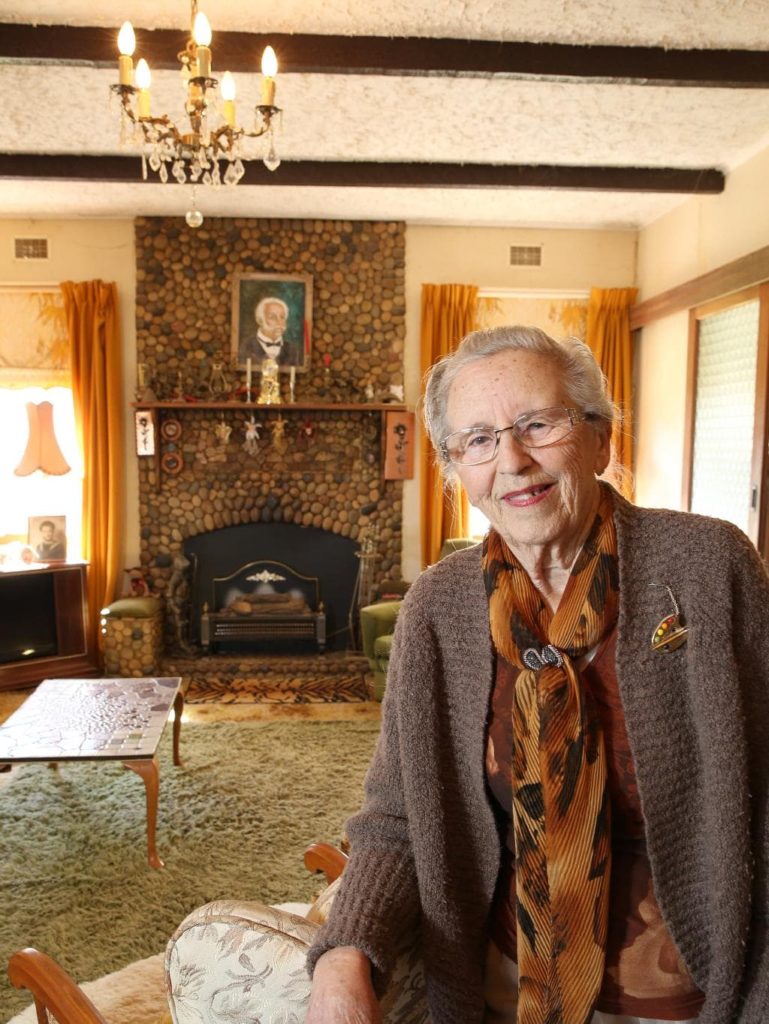 Alie Beck fell in love with the property at Sellicks Beach the first time she saw it with her husband Stan. Picture: Stephen Laffer

It has stood larger-than-life in the favourite SA beach spot in all its unusual glory for almost a century.
But have you ever wondered what it’s like inside?
We did, so the house’s hospitable owner, Alie Beck, opened her doors and let us in.
Here’s what we discovered. 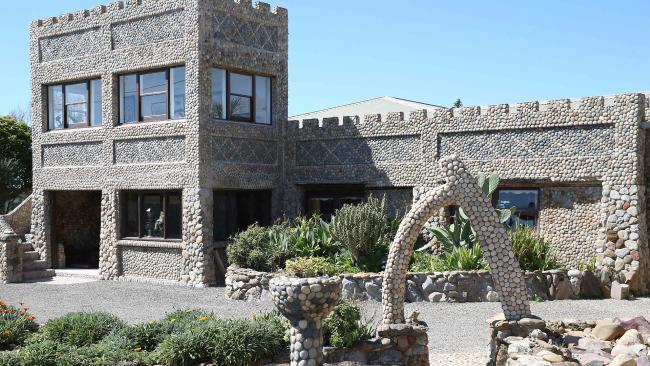 The house is covered in pebbles collected from Sellicks Beach. Picture: Stephen Laffer

Inside a beach castle covered in pebbles
BRITISH expats Alie and Stan Beck have spent more than 30 years turning their dream house at Sellicks Beach into their sandcastle.

“We lived on the other side of the city and we came here in 1967 from the UK and saw this place soon after coming here,” Mrs Beck, 84, says.

However, it wasn’t until almost a decade and a half later they went searching for the “pebble house”.

They fell in love and it quickly became a favourite haunt. 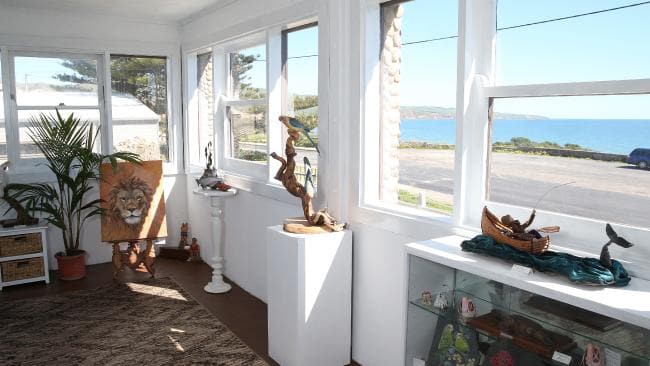 “It’s quite funny because it’s like a little castle, and well, we saw the big castles in England,” she said.

Still, when an opportunity arose to purchase the property, the couple had some initial reservations about buying it.

While the outside was amazing, the inside was a different story. 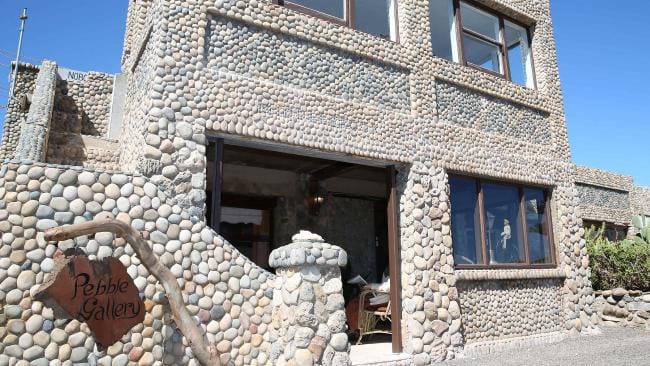 The pebble house on the Esplanade at Sellicks Beach. Picture: Stephen Laffer

According to Onkaparinga Council records, the Esplanade house — known affectionately by locals as the “pebble house” — was built in 1925 by local businessman Harry Middlebrook, a descendant of Richard Middlebrook, an early farmer in the Willunga district.

While he never lived in it, the house was the venue for many parties. 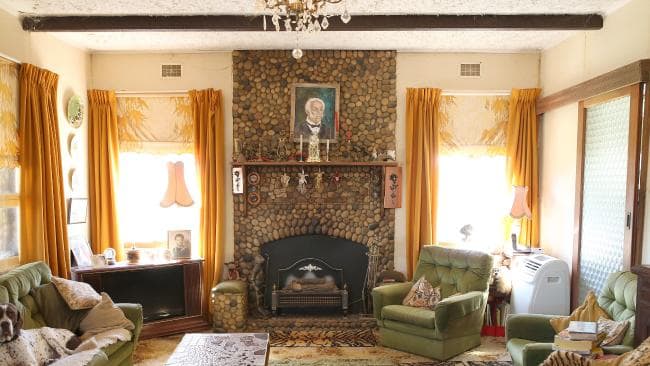 Even the fireplace is covered in pebbles. Picture: Stephen Laffer

In 1939 Mr Middlebrook, who died four years later, coated the facade of the house in pebbles.

It’s not known what inspired the move, nor how long it took him to completely cover the house.

But the pebbles were collected from sand at Sellicks Beach. 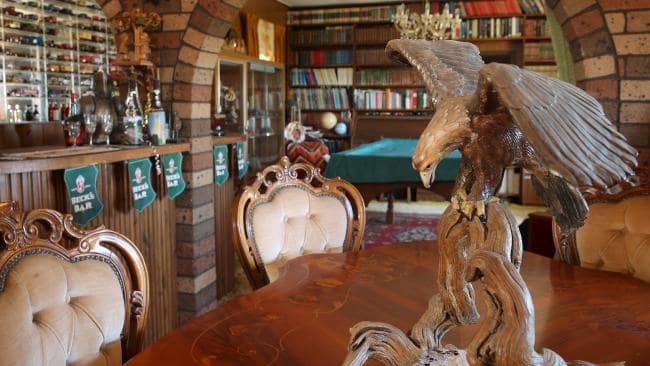 There is plenty of character inside the house, as well as outside. Picture: Stephen Laffer

The type of rendering used to create the home’s unique look is called pebble-dash, and is made by coating walls in mortar and placing smooth pebbles on it.

The Becks bought the house in 1980 and became the first owners to live in the property full-time. 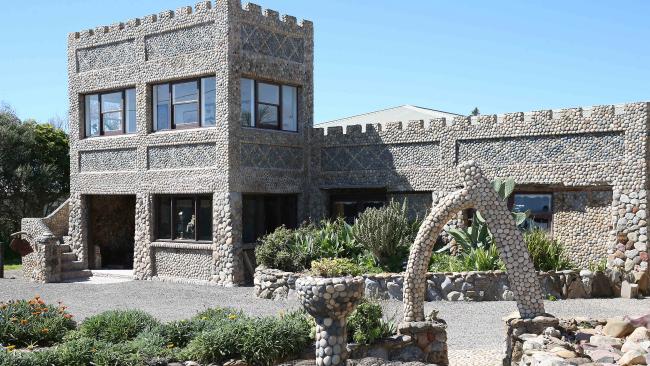 The house on the Esplanade at Sellicks Beach is completely covered in pebbles. Picture: Stephen Laffer

“It was so unique, it was certainly a one off, and I loved the little room upstairs,” Mrs Beck says.

The room, which Mr Middlebrook dedicated to his wife Grace, is where Mrs Beck has a small sculpture gallery.

After three decades at the unusual address, Mrs Beck is used to people stopping to take a look at her house.

“Being in this house, everybody sort of stops and says hello,” she said. 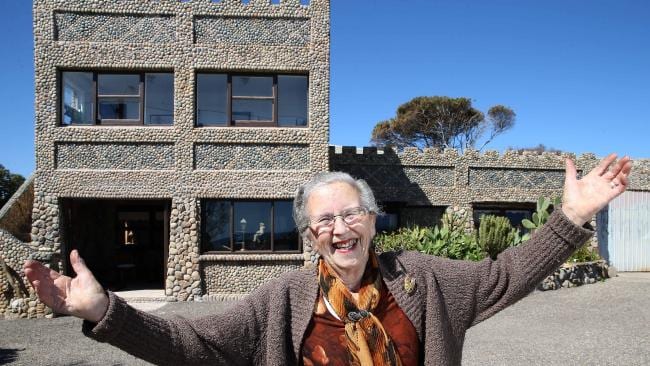